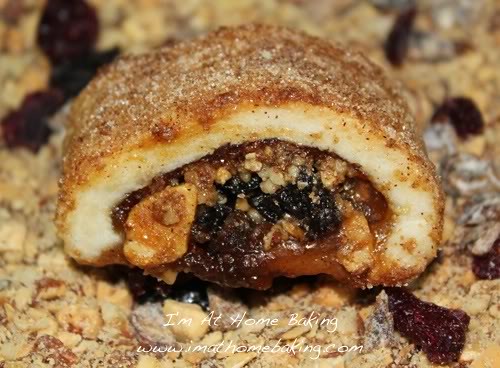 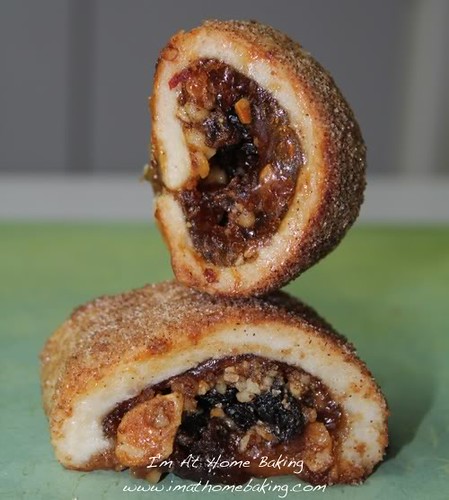 Welcome to another delicious edition of Tuesdays With Dorie: Baking With Julia!

I have to be honest, I thought Rugelach was going to be much more crazy & harder to make than it actually was. I think sometimes cookbooks over complicate processes, leaving you to wonder if you will have an epic fail or if you will be pleasantly surprised. I am pleased though that there were parts of this recipe you could do a day or two ahead of time. Makes it more appealing, just incase something goes wrong and you have to start over.

Although, I know some of you make the recipes way ahead of time anyways, so you would have more than enough time for a retry. I tend to start on the Sunday night before it is due. I was very iffy about this cream cheese dough & three sticks of butter! I don’t want to hear another complaint about Paula Deen, Ha! As this was my first time making Rugelach I had no idea how anything was suppose to look or taste, that panicked me a little.

Doing a search on the internet produced oodles of images and they were all different. I saw many of them “folded” like a croissant, but I am not doing any adjustments or changing the recipes, I am sticking right to what it says. Deciding all the fruits and nuts to use was pretty simple as I did not have a huge choice due to where I live. I also made my own levkar which was an easy thing to make and there is no way I would have found any pre made here in Japan!

I again enjoyed making and participating in this group and look forward to the next recipe! Do yourself a favor and make a batch of these, they are absolutely delicious!!!

If you are interested in the recipe, it can be found HERE with one of our hosts for this week. I also encourage you to purchase the book HERE.